Well, not quite. But while writing a new book called The Case Against Adolescence: Rediscovering the Adult in Every Teen, I explored some ideas that go almost that far.

I’m a father of four children, and about 10 years ago I noticed—I couldn’t help but notice—that my 15-year-old son was remarkably mature. He balanced work and play far better than I did, and he seemed quite ready to live on his own. Why, I wondered, was he not allowed to drive or vote, and why did he have so few options? Simply because of his age, he couldn’t own property or do any interesting or fulfilling work, and he had no choice but to attend high school for several more years before getting on with his “real” life.

As a longtime professor and researcher, I got curious. Were our young people always required to attend school, and were their work opportunities always limited to babysitting, yard work, and cleaning the floors at fast-food joints? Were they always subject to so many restrictions? Are teenagers necessarily incompetent and irresponsible, as the media tell us? Is there really an immature “teenage brain” that holds them back? After all, past puberty, technically speaking we’re not really children anymore, and presumably through most of human history we bore our young when we were quite young ourselves. It occurred to me that young people must be capable of functioning as competent adults, or the human race quite probably would not exist.

Over time, through interviews, surveys, and scholarly research, I began to investigate these matters in depth. What I learned amazed me—even shocked me.

Consider school, for example. The first compulsory education law in the United States wasn’t enacted until 1852. This Massachusetts law required that all young people between the ages of 8 and 14 attend school three months a year—unless, that is, they could demonstrate that they already knew the material; in other words, this law was competency-based. It took 15 years before any other states followed Massachusetts’ lead and 66 years before all states did. Along the way, some powerful segments of society staunchly opposed the mandatory education trend. In 1892, for example, the Democratic Party stated as part of its national platform, “We are opposed to state interference with parental rights and rights of conscience in the education of children.”

Restrictions on work by young people also took hold very gradually. In fact, the earliest “child labor” laws in the United States actually required young people to work. It wasn’t until the late 1800s that laws restricting the work opportunities of young people began to take hold. Those laws, too, were fiercely opposed, and in fact the first federal laws restricting youth labor—enacted in 1916, 1918, and 1933—were all swiftly struck down by the U.S. Supreme Court. After all, young people had worked side by side with adults throughout history, and they still helped support their families and their communities in countries around the world; the idea that there should be limits on youth labor, or that young people shouldn’t be allowed to do any work, seemed outrageous to many people.

Eventually, multiple forces—the desire to “Americanize” the tens of millions of immigrants streaming into the United States to get jobs in the land of opportunity, the effort to rescue millions of young laborers from horrendous working conditions in the factories and mines, the extreme determination of America’s growing labor unions to protect adult jobs, and, most especially, the extremely high unemployment rate (27 percent or so) during the Great Depression—created the systems we have today: laws severely restricting or prohibiting youth labor, and school systems modeled after the new factories, established to teach “industrial discipline” to young people and to homogenize their knowledge and thinking.

Over the past century or so, we have, through a growing set of restrictions, artificially extended childhood by perhaps a decade or more, and we have also completely isolated young people from adults, severing the “child-adult continuum” that has existed throughout history. This trend is continuing. Just last year, Reg Weaver, the second-term president of the National Education Association, while lamenting the fact that 30 percent or more of our young people never complete high school, called for extending the minimum age of school leaving to 21. When adults see young people misbehaving or underperforming, they often respond by infantilizing young people even more, and the new restrictions often cause even more distress among our young.

Some leaders in education are far more trusting of our nation’s young—and also recognize the inherent dangers of infantilization and isolation. The former New York City and New York state teacher of the year John Taylor Gatto has long warned about the dangers of artificially extending childhood, and has blamed our schools for damaging families and stifling creativity and a love of learning. Leon Botstein, the longtime president of Bard College and the youngest college president (at 23) in U.S. history, has called for the outright abolition of our high school system, pointing out the obvious: High school is a waste of time for the majority of the students—that is, for those who haven’t already dropped out.

Our educational institutions today are cursed by at least four fatal legacies of the Industrial Revolution—ideas that may have been helpful a century ago but have no place in today’s world.

First, although cars can be assembled on demand, it’s absurd to teach people when they’re not ready to learn. As the brilliant German educator Kurt Hahn (the founder of Outward Bound) said, teaching people who are aren’t ready is like “pouring and pouring into a jug and never looking to see whether the lid is off.”

Second, although mass education was exciting in the era that invented mass production, it does a great disservice to the vast majority of students. People have radically different learning styles and abilities, and effective learning—learning that benefits all students—is necessarily individualized and self-paced. This is the elephant in the classroom from which no teacher can hide.

Third, although it’s efficient to cram all apparently essential knowledge into the first two decades of life, the main thing we teach most students with this approach is to hate school. In today’s fast-paced world, education needs to be spread out over a lifetime, and the main thing we need to teach our young people is to love the process of learning.

Finally, whereas that first compulsory-education law in Massachusetts was competency-based, the system that grew in its wake requires all young people to attend school, no matter what they know. Even worse, the system provides no incentives for students to master material quickly, and few or no meaningful options for young people who do leave school.

A century ago, there was no way to address these concerns, but, thanks to computers and the Internet, we now have rapidly improving tools that will soon allow virtually all young people to master essential material at their own pace, and to do so at any point in their lives. There will probably always be a place for the classroom, but it will be a place where intense and intimate learning takes place with highly willing students, not a step on an assembly line.

Are young people really inherently incompetent and irresponsible? The research I conducted with my colleague Diane Dumas suggests that teenagers are as competent as adults across a wide range of adult abilities, and other research has long shown that they are actually superior to adults on tests of memory, intelligence, and perception. The assertion that teenagers have an “immature” brain that necessarily causes turmoil is completely invalidated when we look at anthropological research from around the world. Anthropologists have identified more than 100 contemporary societies in which teenage turmoil is completely absent; most of these societies don’t even have terms for adolescence. Even more compelling, long-term anthropological studies initiated at Harvard in the 1980s show that teenage turmoil begins to appear in societies within a few years after those societies adopt Western schooling practices and are exposed to Western media. Finally, a wealth of data shows that when young people are given meaningful responsibility and meaningful contact with adults, they quickly rise to the challenge, and their “inner adult” emerges.

A careful look at these issues yields startling conclusions: The social-emotional turmoil experienced by many young people in the United States is entirely a creation of modern culture. We produce such turmoil by infantilizing our young and isolating them from adults. Modern schooling and restrictions on youth labor are remnants of the Industrial Revolution that are no longer appropriate for today’s world; the exploitative factories are long gone, and we have the ability now to provide mass education on an individual basis.

Teenagers are inherently highly capable young adults; to undo the damage we have done, we need to establish competency-based systems that give these young people opportunities and incentives to join the adult world as rapidly as possible. 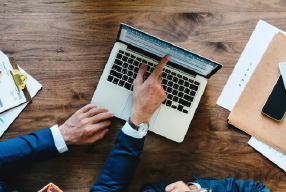